Join the creator of HBO's Watchmen Damon Lindelof (Lost, The Leftovers) and lead writer Cord Jefferson (Station 11, The Good Place, Master of None) for a chat with Greenwood Rising museum director Phil Armstrong, and the Local Projects team. Throughout the conversation, we investigate how both the museum design and Watchmen teams engaged the Tulsa community in reckoning with a tragedy that was deliberately hidden from history books. 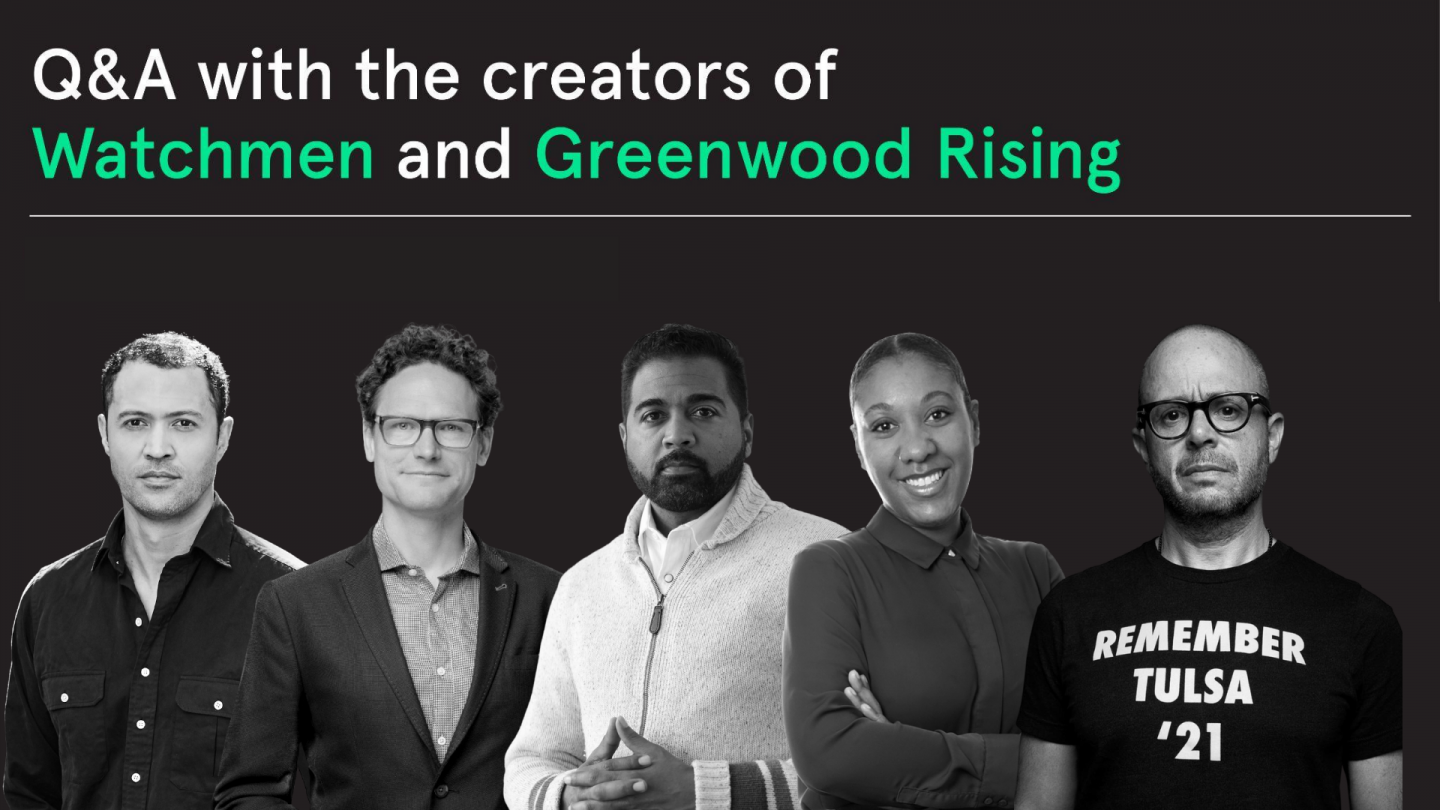 For many Americans, Ta-Nehesi Coates’ 2014 essay The Case For Reparations was the first time they learned of the 1921 Tulsa Race Massacre, the largest act of racial terror ever perpetrated in the US against its own citizens. That included Damon Lindelof, the creator of Lost, who would go on to feature a recreation of the massacre in his 2019 HBO show Watchmen.

You’re invited to join Lindelof, Greenwood Rising museum director Phil Armstrong, and leaders from the exhibition designer team Jake Barton and L’Rai Arthur-Mensah for a first look walkthrough of the museum itself, and a Q&A investigating how both the museum design team and showrunners for Watchmen engaged the Tulsa community in reckoning with a history that was deliberately hidden from history books.