A touring video booth that collected more than 1,000 stories and ideas about how to improve high school education. 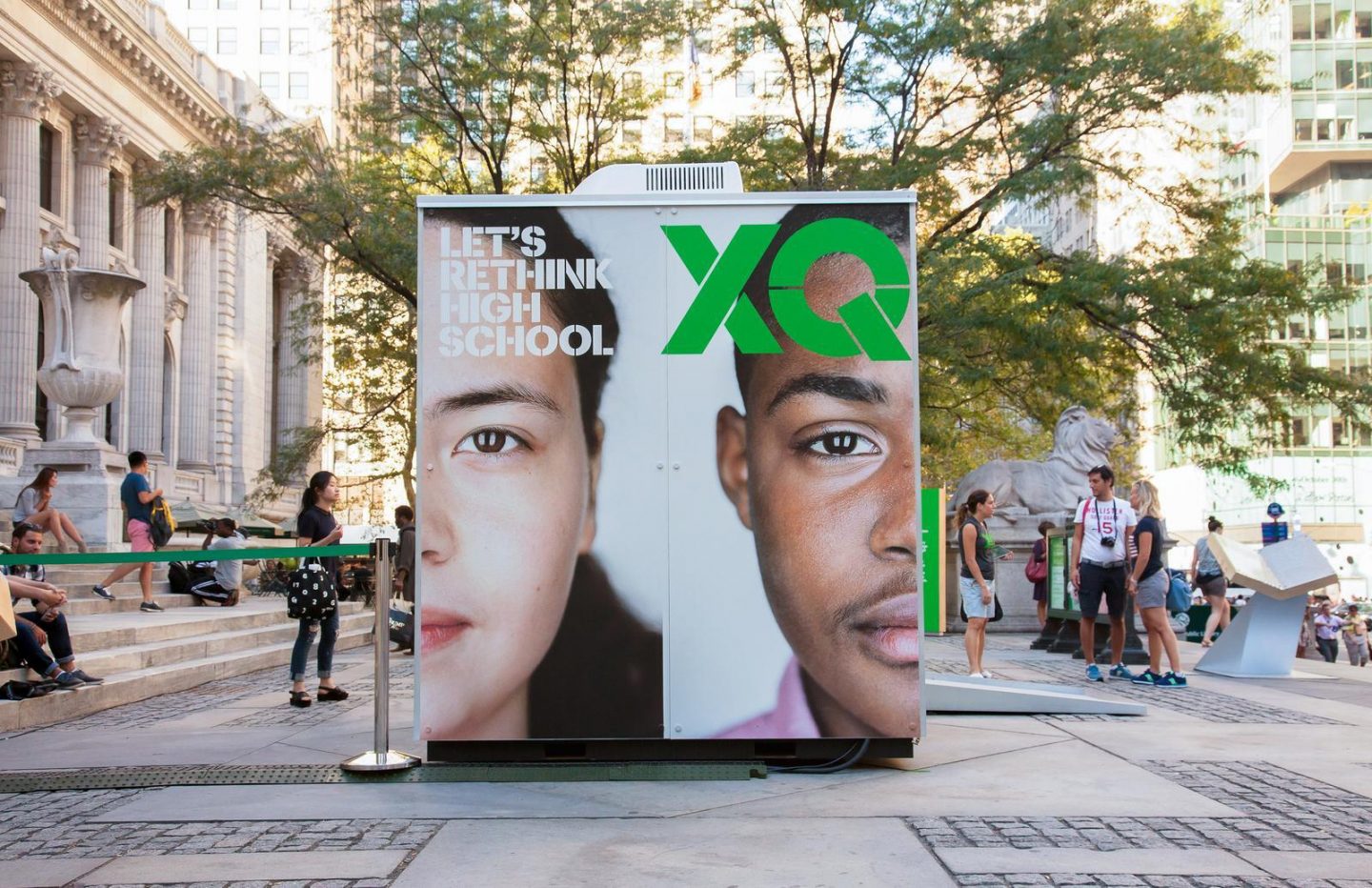 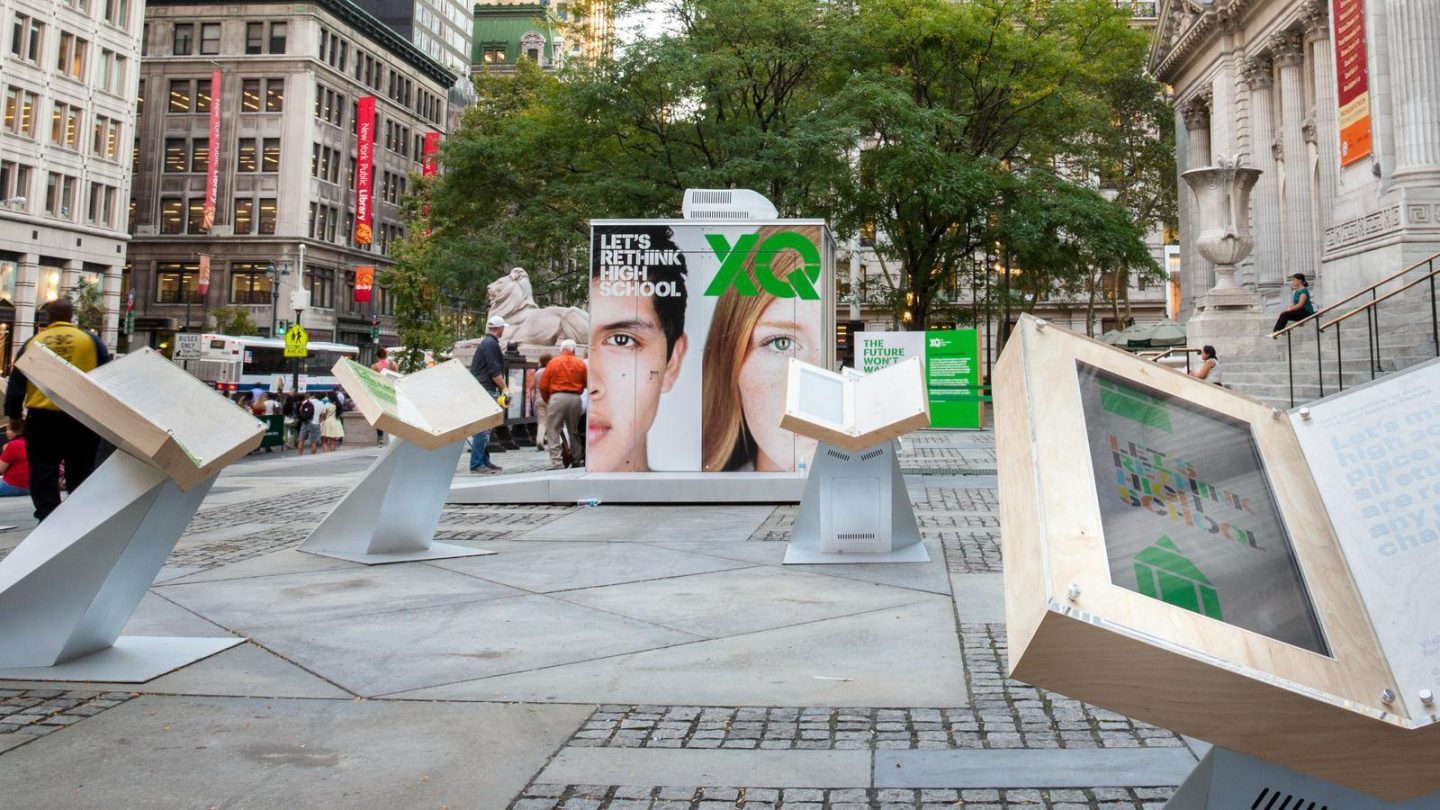 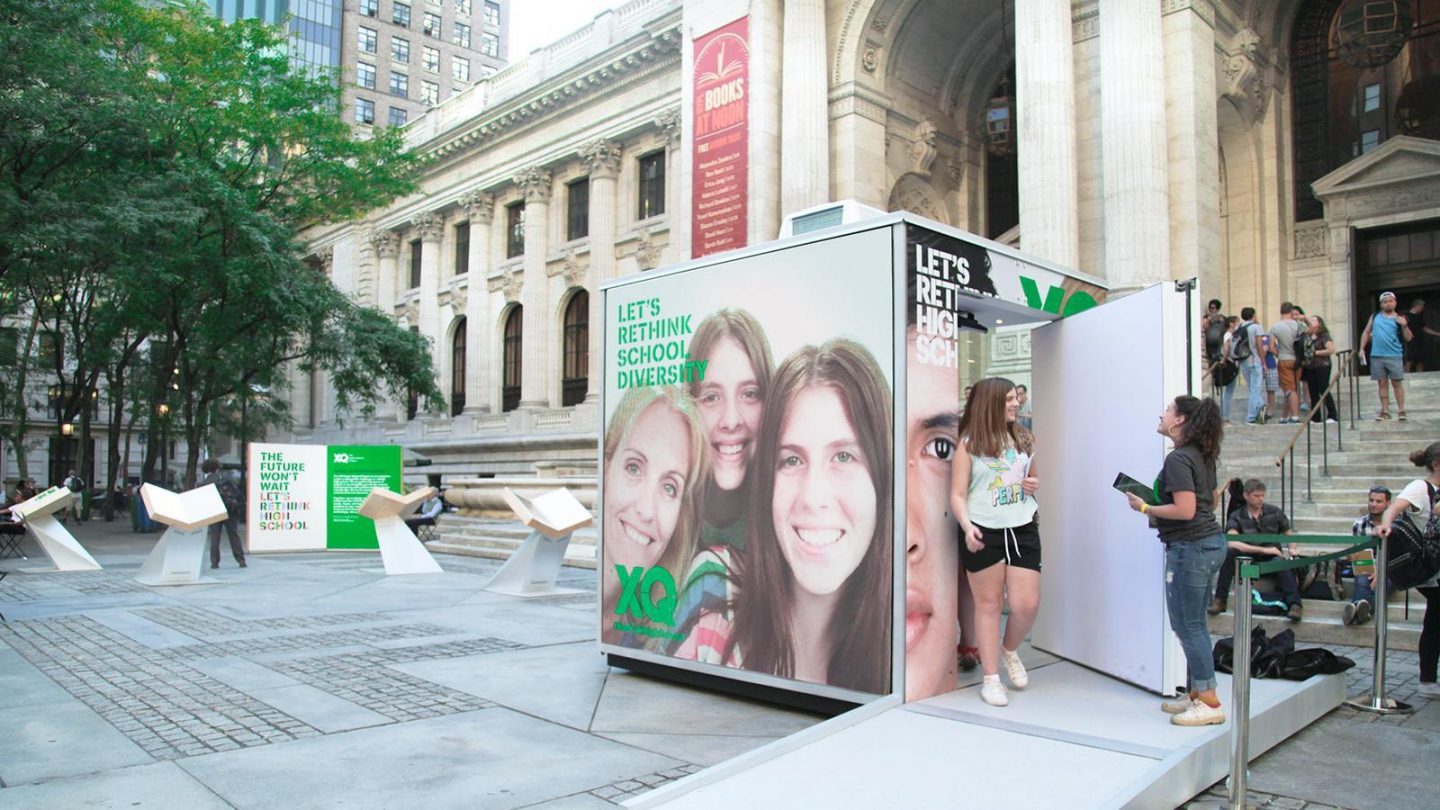 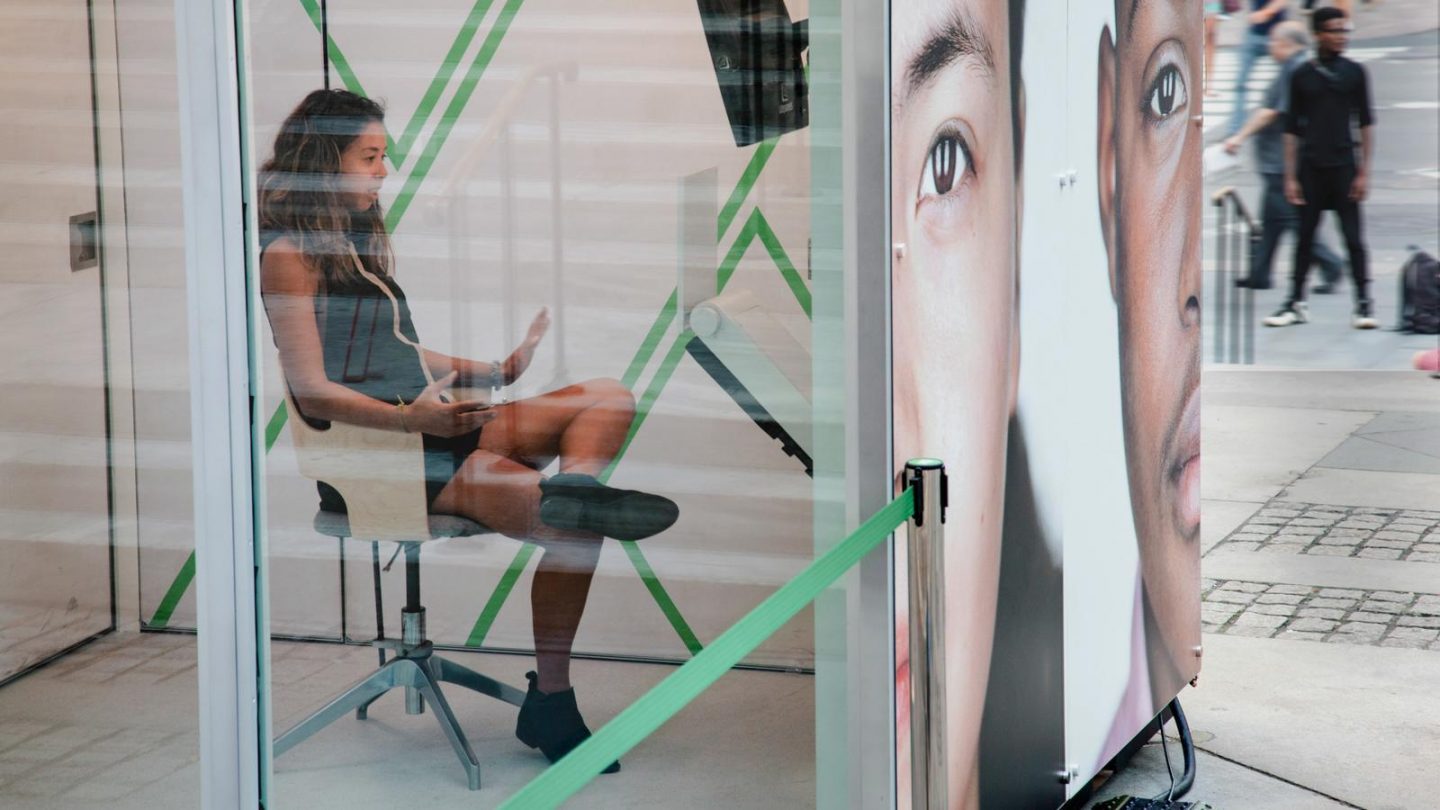 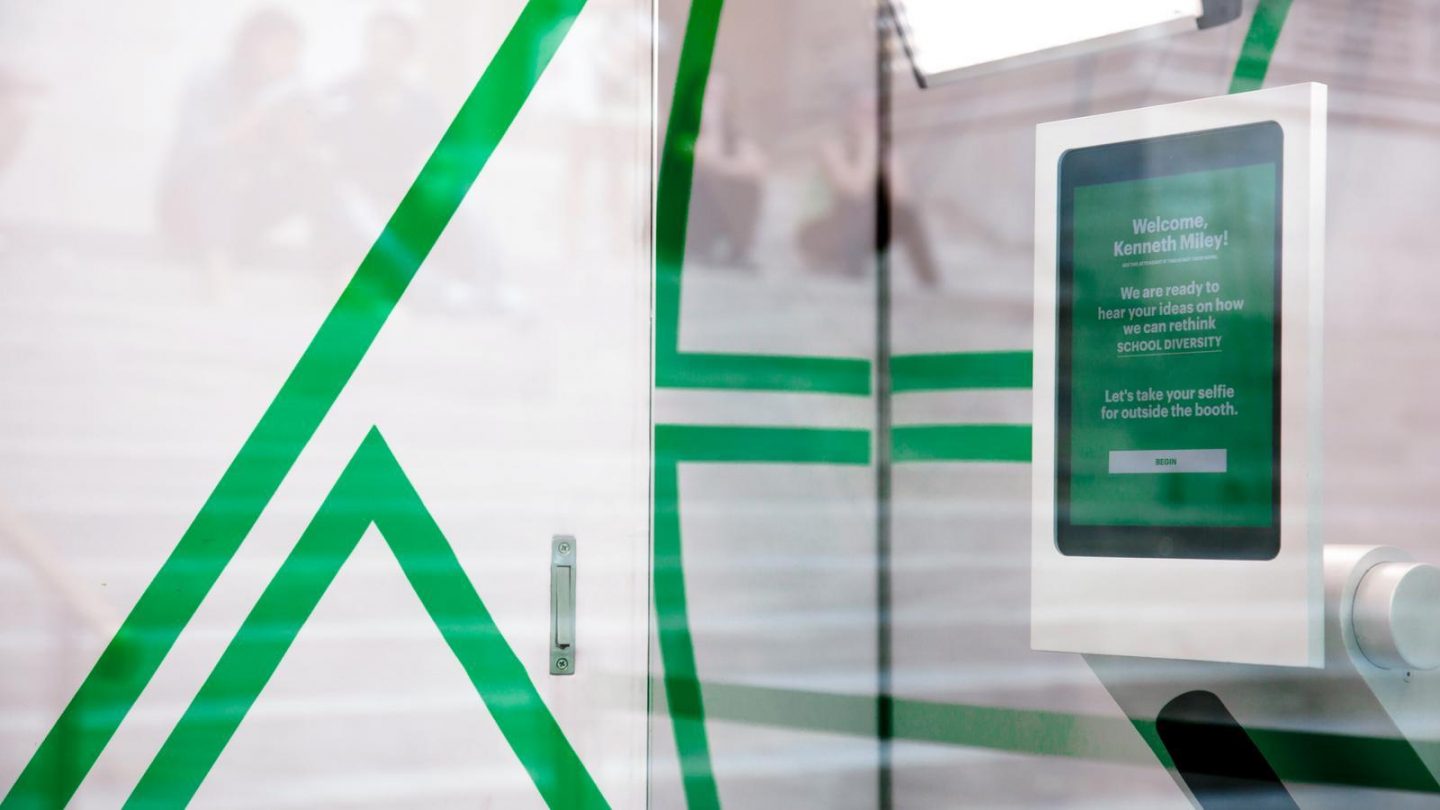 We joined Laurene P. Jobs and the Emerson Collective on an incredible journey to fix education in the U.S. The first step was to ask people from across the country what they thought the future of high school should look like, capturing real ideas from communities, educators, and the students themselves.

“The hunger for change is real, and we’re offering up the tools to communities to make it happen.”

With the U.S. ranking 20th in math aptitude and 27th in science worldwide, it’s becoming clear that high school in America is broken. But how do we fix it?

The Super School Project is an open call to reimagine and design the next American high school. In towns and cities across the country, teams will unite and work to rethink and build schools that prepare our students for the rigorous challenges of college, jobs, and life. This is a challenge that empowers all of America to change high school.

Over the next few months, the XQ Institute will accept proposals to reimagine high school, partnering with the winning teams and providing them expert guidance and a fund of $50 million to support at least five schools over the next five years.

To kick off the movement, we designed a traveling recording booth that made its debut on the steps of the New York Public Library. School groups, community leaders, teachers, and parents sat down in front of a camera to get real about the future of education and what is needed in their communities. Then we took the show on the road to 10 cities,from DC to Oakland, attracting participants of all ages, including public figures like Craig Newman (founder of Craigslist) and New York Governor Andrew Cuomo. The recordings will be used to inspire teams as they build solutions to our education system’s most pressing challenges.

To attract visitors to the traveling recording booth, we developed modular, book-like sculptures with key stats on the right-hand page, and engaging video on the left. Visitors were able to leave their personal mark by placing stickers on each book, representing their role as a teacher, student, or concerned citizen.

It's all in the question

How do you get people talking about a topic as daunting as education? How do you lead them towards creativity? We started with a prototype, asking specific questions to a target audience, requiring people to think on the spot. Through testing with students and educators, we developed an open-ended format that uses broad categories as prompts.

We designed an iPad recording app that allows visitors to tell personal stories and explore more. The app helps users identify a particular topic of interest around education, from curriculum to school leadership, and then simply asks, “What would you rethink?” Visitors are then encouraged to share their own experience, and describe what they would do differently if they could design a high school.